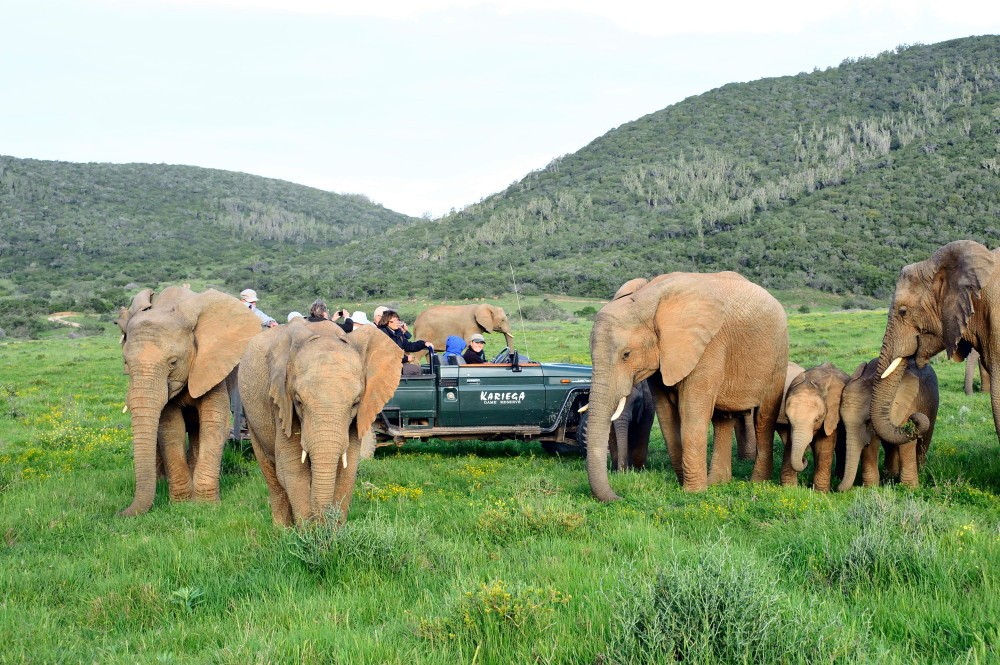 Email us on info@34southtours.com or select the “Enquire Now” button to obtain rates:          Enquire Now

Fall in love with Cosmopolitan Cape Town the “Mother City”, cradled in the amphitheatre of the Table Mountain, Lion’s Head and Devil’s Peak mountain ranges. Explore Cape Point and Peninsula and the Cape Winelands. Experience the exotic natural beauty and wonders of the famous Garden Routein effortless exploring along the picturesque Southern Cape Coastline. The Garden Route, perennially green, has a mild Mediterranean Maritime climate and lies on a narrow belt between the Outeniqua and Tsitsikamma Mountains and the Southern Coast of Africa and includes a blend of charming towns, dramatic & scenic landscapes, tall trees, deep gorges, shimmering lakes, majestic mountain ranges, golden beaches and lush indigenous forests. The Garden Route extends into the Eastern Cape, home to the free-roaming Big 5 of the animal kingdom (Lion, Leopard, Rhino, Elephant, and Buffalo). Experience an authentic African Safari on one of the malaria-fee game reserves in the Eastern Cape in the thrill of wildlife encounters and the sounds of the bush: the trumpet of the Elephant and the nocturnal strident howl of the black-backed Jackal.

Overnight Venue : Guest House / Hotel in Cape Town or in the Winelands
(Classic Modest or Elegant Luxury 3 and 4-star Value for Money Options or
Exquisite Premium 4 and 5-star Ultimate-in-Luxury Options)

Overnight Venue : Guest House / Hotel in Cape Town or in the Winelands
(Classic Modest or Elegant Luxury 3 and 4-star Value for Money Options or
Exquisite Premium 4 and 5-star Ultimate-in-Luxury Options)

Day 4 : CAPE TOWN TO OUDTSHOORN (meandering along the R62, longest wine route in the World)

Some of the alternative or additional Options to personalize your tour and enhance your Garden Route experience :